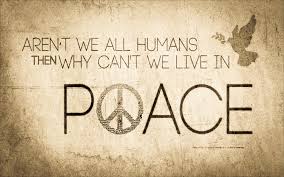 Walls to build—too high to climb and the healing cliffs are for far fewer than require the magic man and the doctors of witch power and re-lifting structures—strictures—scriptures and ‘scripts.’ Branches and olive leaves and healing brews boil from green leaf and tea bag and mushroom blossoms and grass helping the blinding eyes to see and the broken ones to crawl—to run and to race again on also nights into soaking rains—bright lights and softener days. She is young and must live again—strong alive—medicine magic more and her chance increases the missing hits or errors of judges above the need to live where money written is a world apart and another chance of life or the liberty of living or the right-to-be an almost grown-up self ceases too soon…Poverty’s child has as much to righted life as those golden touched—few godless players of children’s games—born to—too much and fathered inside those mothers of greed and destruction.

Children born into struggle and war—our children—golden spirits among the uselessness of greedy ones and those ones just above understanding—that lines of separation are transitional momentary spaces between sharing shares of bread and revolution. And! Even on the highest ground— blood will fall across those lines between humanities’ humanity and descendents of these troubles and struggles will prevail until these also–separate by drawing transitional spaces between needing and wanting and working and flaunting and living and surviving and bleeding and dying in both doubt and revolution.

Build for those few humans—fortunate ones—leisure spaces and places and races and tastes and wastes and notions of better than…And! Worlds colliding will place smash and grab and death-kill in motions so bloody—that taste-the-blood-fever will rage until left in ashes and ruin—ruined humans shall crawl from that cleared wound to again rebuild the past of future’s hopes for another tomorrow until power again seals away attempts by many to survive another day-to-day and the ad infinitum of struggle—war—death—the glory of war and the industry of one nation under whatever—corrupts the notion of freedom for all into—subjection of all but a few ‘good-men.’

And! When those ‘few good men’ turn many guns toward the people—the concentration of their fire destroys the nations they are duty-bound to serve and protect. How can a flying robotic—machine controlled—creation of war—justify the nobility of protecting one home against evil? Why would a little child die and be the center of a General-of-Warrior-with-no-honor’s empty apology and worthless notions of peace and prosperity—when that coward’s notion of righteous war is collateral damage and alien weapons discharged into the home of life—innocent life?

Power corrupts and corruption is the strength of any government. Lift sword and if must—battle man-to-man into—the ‘one left standing’ doctrine…Call this a noble notion if destruction is the glorious path to the heavenly-worlds of evil’s good successes-excessively-expressed successively and please leave the little ones and their mothers alive—Leave their homes undamaged and their crops intact.  Better! Together destroy all walls of separation—share the wealth of nations—labor long days in the heat of sunshine and destroy all machines!

Oh well—not to happen in lifetimes combined into another thousand years of greed and destruction. The governments of religion—plunder and pillage and rape and murder are the evil of death…Corrupt be government! Life is Love and Eternal is Spirit…No religion or God notions required…Nothing here but words…However— May Love and Hope and the Hope of Love-words and Touch-speak in another ten centuries—be another Song for the Peaceful—as voiced by Earthy folks across a less-than-barren world—and someday may these folks-of-planet-twirls never know of Robot-kill and Drones…Keep wishing—eh?