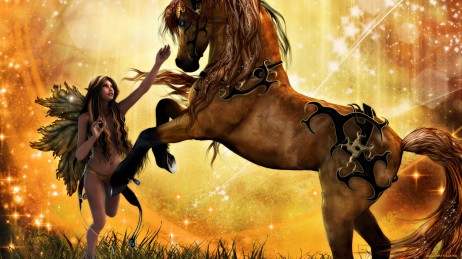 “But he who loves riches sits on a shaky limb; a little breeze comes—and it enters his head to steal, to practice usury, to drive hard bargains, and other such evil practices, all of which serve him only to acquire the riches of the devil and not those of Gods.”—Paracelsus, ‘Liber prologi in vitam beatam’ (1533)

‘This Land Is Your Land’

“This land is your land This land is my land
From California to the New York island
From the red wood forest to the Gulf Stream waters
This land was made for you and me.

As I was walking that ribbon of highway
I saw above me that endless sky way
I saw below me that golden valley
This land was made for you and me.

When the sun came shining, and I was strolling
And the wheat fields waving and the dust clouds rolling
As the fog was lifting a voice was chanting
This land was made for you and me

In the shadow of the steeple I saw my people
By the relief office I seen my people
As they stood there hungry, I stood there asking
Is this land made for you and me

“They had invented a syntax of the eye, a grammar of pure kinesis, and except for the costumes and the cars and the quaint furniture in the background, none of it could possibly grow old.” —from ‘Book of Illusions’ by Paul Auster

“When the accumulation of wealth is no longer of high social importance, there will be great changes in the code of morals. We shall be able to rid ourselves of many of the pseudo-moral principles which have hag-ridden us for two hundred years, by which we have exalted some of the most distasteful of human qualities into the position of the highest virtues. We shall be able to afford to dare to assess the money-motive at its true value. The love of money as a possession—as distinguished from the love of money as a means to the enjoyments and realities of life—will be recognized for what it is, a somewhat disgusting morbidity, one of those semi-criminal, semi-pathological propensities which one hands over with a shudder to the specialists in mental disease” … Poggio Bracciolini’s dialogue “On Avarice,” written in the 1420’s…

15 comments on “Never-Ever Once Upon…”