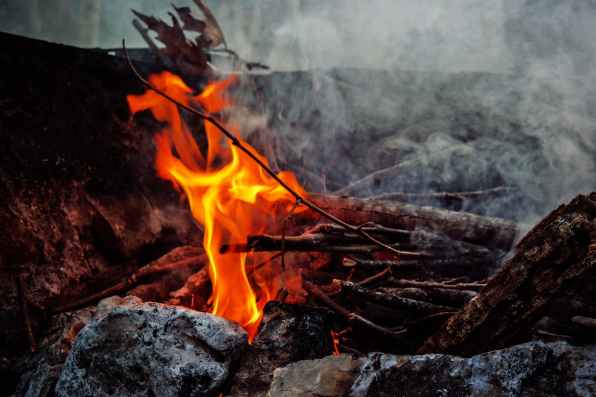 “You see, I really have to tell you
That it all gets so intense
From my experience
It just doesn’t seem to make sense
Still you turn me on
Hmm, you turn me on.”…Greg Lake

The soft sounds of wind pushing pine needles ‘cross autumn’s forest floor and the silent serenity after snow’s midnight fall. If impulse is response then decision is evolution. In 1610, Johannes Kepler chanced a walk across the celebrated Charles Bridge in Prague and as snow fall begin to catch on his coat, he brushed away six-sided flakes from the cloth covering his arms. While gathering more of these flakes, Johannes realized that they were all six-sided and he marveled at the convenience of this discovery and the perspicacious brain and the extraordinary curiosity of the human mind; quantified within the quality of, spiritual being.

Beneath surface and far below Segment Star, two and one half billion spirits live and labor and ache and fail and love and hate along with many sunless days and nights of starlight gone or ignored and remembered when mind switches from bonded illumination to those blind mix slips between neon’s shine and semi-sweet chocolate dusk. Light is saturated in creamy grey and night becomes thick swirls of vanilla warmth were blended shadows shake. Machine wonders and spirits guide the processes of robot arms and legs and watch through robot eyes and hear through robot ears and once or often weep spirit tears and die never-ever-even if a book-or-ten call living ‘sins of flesh’ when spirited robots must live and die and forever move into dusted star-streams while dancing among a trillion light twinkles sketched across the winter’s sky. From twins of two the power of life sparks and alone-never places begin and end.

The concentration of control and the circulation of capital to an exceedingly few; ensures a coordinated manipulation of power. And! When a united concentration of influence becomes intolerable, abuse of authority from within occurs. Businesses are weakened, are malformed and ultimately discover their own expiration dates. After rebellions; old paradigms are changed and what was because; becomes what possibly happens and for that reason, becomes what could be happening, becomes what just happened along with those shocks and shouts of perchance or songs of renewal; maybe, become just another equivalent, once more. Businesses are expected to maximize production and slash expenditures? This essentially increases greed and corners those essential laborers of productions’ intensification into wage captivity?

And! By what means, do we ‘become skilled at’ manipulating our own free inclinations, to achieve; whatever, regulations demands us to accomplish? How are the differing views and values and expressions and the hopes and beliefs of ‘common folk’ found and drown round ‘quitting time’ and treated and completed and continued and amended and silenced by ‘formidable and influential folk?’ We finance singularity; beginning with genetic fancy, and eternally forfeiting the damages of remedy’s obverse exit. Factions orbit while curving outward in free resolve. Published freedoms and outside thoughts are bent-broken-borrowed-lost-stolen and rapt; within those white spaces, linking black ink and rhyme.

“When I gasp for strength
I borrow it from you, oh the strong ones!
You carry the load stupendous
Of the humanity
Time and time again
Since the dawn of awareness

How do you do that I wonder
How do you stay so calm
Amid the whirlpool of clamor
Kind and compassionate
In devouring face of brutality and mayhem
How do you spread your light
Right through the forest
of fear, delusion and stupor
You salvage the soul
For others to be safe
And to feel light and restful
In a life of little wisdom

How do you do that I wonder
How do you spread your magic
Of charm, nobility and honor
In hearts so dark there
that beasts may refuse a habitation
How do you pull that trick
of giving the innocence back
so that he is human again!
How do you enthrall
the dull, the doped, the ordinary
to carry the torch
of your divine glory

Today’s corporations; spinning across our planet-of-twirl, are necessary. And! While this Republic does embrace and dance and dodge and halve-a-partial régime of our Democratic notions into palatable, chunks-to-bites-to-morsels, would this waltz of Democracy also include; an ability to prevent, all abuses of power by: our government, our labor, our capital and our management.

“In the shadow of the steeple I saw my people
By the relief office I see my people
As they stood there hungry, I stood there asking
Is this land made for you and me?”…Woody Guthrie

Organizations ought to recognize that uninterrupted existence; as presently realized, is the perceptive notion that the environmental aftermath of too much for too few with too many ‘no’ and too few ‘yes’—ultimately totals ‘No’ for everything and everyone. An “Atlas Shrug” and Corporations spontaneously know that ‘acquiring must forever be balanced with providing.’ This is not a “wig-waggle’ of Socialism-vs-Capitalism. This not a ‘giggle-wiggle’ of “We the People-vs-the Wall Street island-of-Greed.” No! Serving in balance with taking; is in step, with Workers. And! Labor is the swivel of our Universe and Profits either rise or fall with; equality and societies’ advancement; good-to-better and never good-to-worse. Possibly! The potency of progress; is the track toward a higher moral ‘Code of Corporate’ behavior the world over.

Our Republic; may be able to purpose, previous and present-day and potential paradigms to divide, to constrain, to reproach, to restrict, to relinquish and to rescind. Bereft of legitimate commitments through our Republic’s Branches three: Judicial, Legislative and Executive; where seldom a harmonies phrase of musical rhyme or rhythm exists; perhaps notions of balance, will be realized by Corporate examination and the equivalence of construction and remuneration will succeed sans a Workers’ Revolution. And! Through a far-fetched glimpse into an unidentified and mysterious prospect; since Corporations are created to hide ‘fact and fiction,’ perhaps all Cooperative blurs will ‘gain a soul’ during these successes.

Often and ‘round countless dinner tables, it is believed that Calimesa Sea is where the world ends. No one has ever crossed the sea, so no one really knows where the water ends and land begins. Perhaps, sea wraps earth and returns to the base of Calimesa Hills. An invisible dome encloses Sky Mountains where no one lives or visits or touches or appreciates. Truth? And! When again ‘surfs-up’ and extreme rollers recover coastline sections and earth; would rather dwell, in the Villages of Fisher-folk than in the standings of middling automata minus machined chis and sans productive motives and rising forlorn as ‘wave-crash’ claims us all. Remember! We do entirety.

Now! Drink a Bourbon ‘kinda’ whiskey at the Ginger colored Inn. A dark and harsh moon; pale to be and faint to see and along-way-off-to-touch-skin. Wind begins to-end–tonight. Begins to stop again, as Spirits depart and windows have no views.

‘On Walpurgis Nicht.’ Performed by FAUN

28 comments on “From Templates to Tears…”