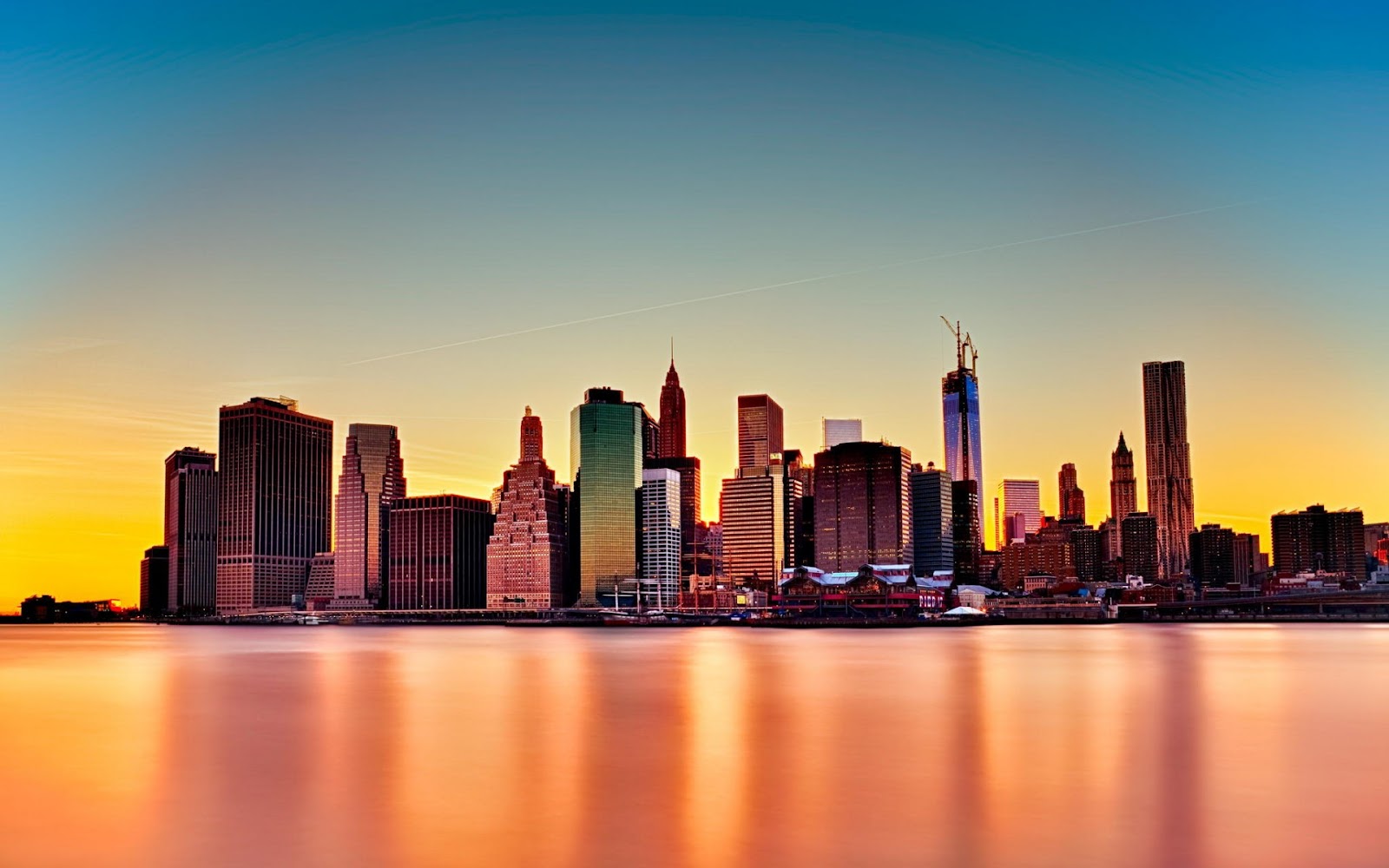 Stand outside the rain-side storm. Watch washed sands and dune walls wet as water-waves mix and crash against shoreline in salt and foam and disappear quickly within the rain and wind. World team and spirited robots, we all bear the barest of notional influence and the together of worlds await everyone.

As the piper plays, children dance into this ragged sorted night and as they dance the Goddess flashes and those dashes of darkness and thunder disturb the claps of little hands and rings joined songs and laughter only as children laugh or angels sing. The calls of pipers and of drummers’ thunder and the sorting days of Coven calls and repeat the roll of rolls and the answered ones again dance; behind and beside, the players of flutes and of the simple dancing songs.

Deep Communion with the Clown. Watch and dodge ‘Wiz-Bangs’ bright and step inside the fright of night. Barbed-wire reach beyond this ditch and as we climb, embrace the Witch. The truth is about speaking as love touch rides those flashes. Wiz-bang deep to lip kiss life sweets, asleep. ‘Love is an exception to what we usually see. Watch the umbrella two-to-share. Arms around first shoulder and then to waist. Lean each toward each other. A cheek and a brush of mouth-to-skin. Walking! Hair-to-hair and hip-to-hip. And! Ready we, the mother-ship…

Love is the only power that matters-the-matter. Spirit Fleshed and Body Spirited in Time and the distance between heaven spaced and drops of rain. ‘Tis good love, this place, this now, this then and again across reaches and spaces beyond time measure. Moments eternal. Love eternally an internal an external and forever now then forever eternally ours. Without-within as together we begin and end and begin again. Face touch and heart thump and we know for a moment the twirl we belong to-two-too…’And! ‘Tis good to again belong.

‘Daylight breaks the night today. Night time takes the fear away. Sing-Song now and Sing-Song then. Let the counting time begin. As we fall away and fall away and begin these songs again.’

This is the world of living things—where a lamb does sleep within the safe touch of lion strength and length and the roar of peace is the call of timeless harmony and another rhythm of another rock as stones roll toward valley deep and…Where no kills are justified and justice crosses no blind alley or fear or tear touches courted reasons to ‘shoot-not-shoot’—but to speak in the words of flesh same and blood red and compete completely through both understanding and care.

These are rich structures without form. These towers are buildings without prestige. These places appear a cornucopia of shapes with no rhythm or rhyme. Lines both; hard and simple, reveal and complicate turns and curves. Synchronization of positions and flawless of construct. Elements of precision and of mischief. Often the eyes of Spirits active are miniatures. Often specks and flecks of gold and silver coats. Many are layered but still seen by beholder and beholden. Ice streams descend in slow straight lines—from rooftop slopes to solid sidewalks. Planes and plain models are soon streaks of many colors-colored glass and permit-in transitory twilight. Then, out-of-sight and with this bright-city-light appears an ‘almost-maybe’ night.

Touch lips and finger kiss your lips to mine then time space while moments’ race. Civil layers never die. Tradition slips, and graciousness is forgotten. So are whirling dances and twirling songs. And! In Silence carefully watch tonight. Sails do catch sparks-of-wind and high tides to run-to-sea-you’ll-see—won’t we? Struggle is perfect for the winner. The impartial distribution of resources never legitimately occurs. Productivity costs: over time, with all reasons spent, some products lost and some reasons to divine.

Why support Capitalism since it is now; ‘Insatiable and Unequal and Repressed and Tyrannical and an Enemy of ‘We the People’ and of ‘Earth’s Twirling Humanity’? Tangible wages are gone. The powers of Societies’ Unions are gone. And! A Right—Wrong transference in Economics, Politics, Labor’s markets and an enlightened American refinement are now ‘all gone!’ ‘Trickle down’ is a perpetual lie! And! Remember; ‘there are no Blue Color Billionaires.’

We are not creations of memorial mistakes and made markers by ‘bombs early light’ and gun flashes as bullets night-fly to shatter dreams and hopes and pride as life start/stops too soon and family through sorrow also flies away to something just beyond reaches and the notions of together days of tomorrow’s futures and memories of yesterday’s today. Our children and we—as child-speak and drink and think and dancing songs and rhythm beats of drum and spirit and smile; do search the identity of identity search as flesh survives despite the spirit’s knowing of the knowledge of a universe of time and space. We crawl toward accepting the acceptance of fate and the together strength in our cave homes. We also run toward the individual hope of ourselves without shells and reasons to become other than the self of us and me and you and I and justice time…

‘Wishing you days of Gentle winds—Soft curves and Wonder’

“If a state is to avoid the greatest plague of all—I mean civil war, though civil disintegration would be a better term—extreme poverty and wealth must not be allowed to arise in any section of the citizen body, because both lead to both these disasters.”—Plato regarding the dangers of inequality…

In fundamental stages, atoms occur in shapes, in assemblies and via the methods through which they coalesce. We! Atoms ‘gone wild’ write by mingling the letters of our alphabet in unique ways to construct tragedies, epic poems, comedies and outlandish legends. The combinations of rudimentary iotas fashion our world in its own limitless diversity.

These are the ‘Coming In’ times. The ides of moments ready-to-flash and center-of-day-to-ready-play and anticipate reasons. Then discover that life does happen covalently. No rejoice to understand or withstand and never required and still Ok. Momentum drinks to spill before air or fear tastes and waste’s rush before shriek-spear-kill where motion ends as hanging cloth covers wired thorns along ruined ditches of rain fill and maybe flows from boot smooth flat-to puddles of blood-mud waiting for sun-play and dry air and wiz-bangs and death.

Plato wrote in ‘The Republic’ (Book 7): “that men are chained at the bottom of a dark cave and only see shadows cast upon a wall by a fire behind them. They think that this is reality. One of them frees himself, leaves the cave and discovers the light of the Sun, and the wider world. At first the light, to which his eyes are unaccustomed, stuns and confuses him. But eventually he can see and returns excitedly to his companions to tell them what he has seen. They find it hard to believe.”

“We took the blood of the earth
and fell in love with death
with life itself as an excuse.

Black is the sunlight shimmering below;
it flows through life and the guilt we share

We are hiding in chorus as starry eyes close,
and seasons part in farewell;
‘because we drained her blood, then forgetting her face
to hide from everyone” …from ‘The Last Hour of Ancient Sunlight’ by Draconian

Burn with this exceptional song as extraordinary fog ‘cross liquids edged with split sanded reeds as from hill high vantage; pieces of fractured stone, as the broken rims of splintered faces silently shriek of spoil, of harm and of destruction. Three ships obscure the ternary ceaseless slivers of shiver war to collect or to evade again. Two townships too pounded, still need needless sorts to find forms alive or fallen upright. And! From waterside cannons a fortress sky high, twins slam shells and balls as death upon us falls. They; then us and not and again, they fall with and upon us. Ship pitches wood and steel and spirits toward sinking side with mast blast splinters and holes enough to die.

We paint and then leave for the ‘Coming In’ time. Neon glitters and shape-shifters-sighted-one’s blend against leafless limbs where standing trees fall and scatter ‘cross Viaduct’s crumbled-tumbled stretches of stone tops, cream colored rocks and pieces of dust and rust and the shadows of ruin or waste. Choirs race wagons of faded reds and oranges and brown streaks of muted yellow splash; again blend and rend groomed clones of oiled twilight clouds and fading light as the protector moons of three rise alongside globe line and stain shorelines ahead of the lubricious briny; fill with salted rains without sounds, and deprived of life.

Water and butterflies and beetles with purple shades and birds emerge from mist and race about lofty heavens or nethermost luminosities. Straightway, touch the life that flies, and from colors of lavender light into gull-white gray and totally liquid beside a sparkle of shoreline polish and moonlight bright. We! From spiritual linkage promptly to Earth, and now once more to rush into struggle to situate and into competition. Observe the exhausted and the dying ones. They come this way and fly away. Then! Gather here the shaped-shifters and one-sided sighted eyes to watch till wizards of crashes and dashes cease games of pieces on ground as our Witches appear or disappear into smoke and mirrors and magic shaped ghosts. Toast those; by those lifted glasses, memorized memorialized and as quickly forgotten as recalled.